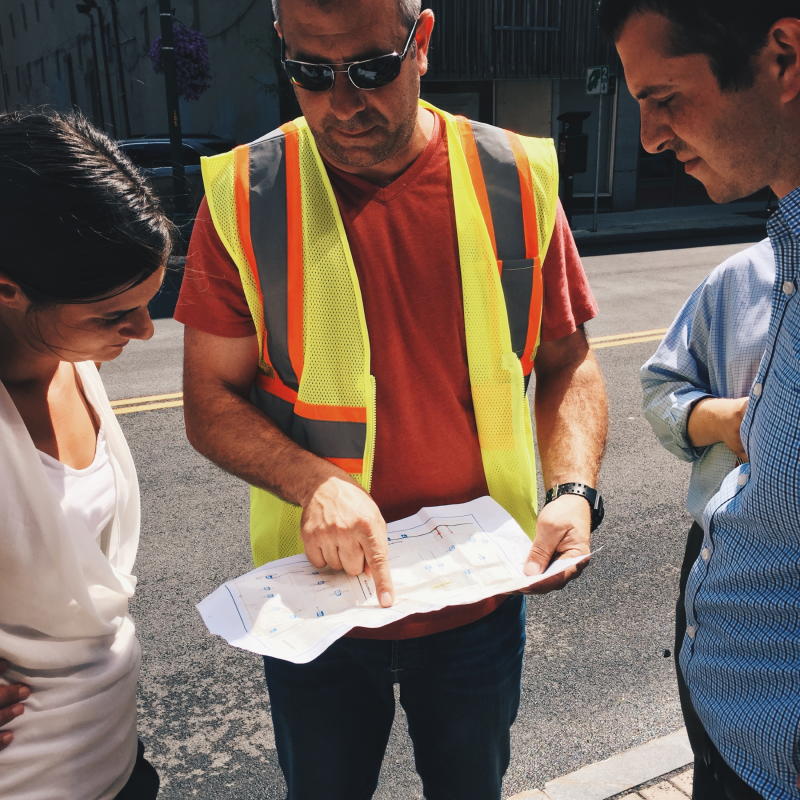 “We are doing the work of the people, and they deserve to know what the city is doing,” said Sam Edelstein about the City of Syracuse’s decision to publicly track its goals through an online performance dashboard.

Edelstein currently serves as the chief data officer for the city’s Office of Accountability, Performance, and Innovation (the i-team), which was modelled after Baltimore’s pioneering CitiStat Office. Both offices use data to improve city services and save money where possible. However, only analyzing data wasn’t automatically leading to concrete improvements in Syracuse.

So, during a mayoral transition in 2018 the i-team made the case for more transparency. They not only adopted Objectives and Key Results, but also made them public online and graded them in real-time.

What Matters spoke late last year with Edelstein and the i-team’s Chief Innovation Officer Adria Finch about the city’s adoption of OKRs and move toward greater transparency.

The case for transparency

The performance dashboard uses an OKR-framework to give Syracuse residents a radically transparent look at a number of critical metrics, including how close the city is to achieving financial sustainability, and how fast it’s delivering city services.

Edelstein and the team initially felt vulnerable about putting their success and struggles online for all to see, but agreed with Mayor Ben Walsh that the benefits would outweigh their fears. The additional transparency would help demystify city government to Syracuse residents, ultimately helping city workers too.

“Having the information out there acknowledges where we aren’t doing as well, and makes clear our priorities. It just puts us all [city officials and residents] on the same page,” said Edelstein.

The dashboard doesn’t necessarily reveal any issues that residents can’t already sense, but it does provide another layer of communication. Roughly 145,000 people call the City of Syracuse home and a delayed permit or an ignored pothole on their commute impacts their daily lives. With the dashboard local residents at least know the city has committed to doing better.

In addition to keeping residents informed, the transparency provided by the performance dashboard has helped city workers see how their work aligns with overall city goals, find opportunities to work together, and better utilize city resources.

Finch, who previously worked for the Syracuse Business Development Council, described the i-team as, “a catalyst to overcome city challenges and institute a data-driven, creative, and responsive government.” They accomplish this through a combination of data analysis and design. As chief innovation officer, her job is to provide city departments with the necessary tools and gameplans to address the needs of the citizens of Syracuse. Sometimes these tools can lead to process improvements or they can be as simple as handwriting thousands of notes on the outside of envelopes to encourage citizens to pay a total of $1.5 million in overdue taxes.

“We always learn something from these experiments,” said Finch in an article for Bloomberg Cities. “We’ll keep doing them, and we’re OK with an occasional failure. That’s the cool thing with these: it’s not a huge investment. We might as well try. If it works, amazing! And if not, then we move on.”

The OKR-methodology makes it easier for the i-team to prioritize testing and to try out new approaches to solving everyday government problems. This comfort with experimentation and the occasional failure is enhanced by the OKR superpower of alignment.

To complement the transparency of the dashboard, they structured their weekly department head meetings to discuss the data that was now made available to them and ensure accountability. By centering OKRs during these meetings, the i-team made it possible for city employees to plainly see what exactly their colleagues were working on and identify ways to purposefully collaborate.

“I think a key piece of OKRs is that people can see what their department is doing on a day-to-day basis and seeing how it relates to the overall objectives,” said Edelstein.

The difference was immediately evident. Before using OKRs weekly meetings kept everyone informed at a surface-level about what each department was working on, but did not result in many solutions or collaborations.

But within two weeks of launching the performance dashboard and centering OKRs in their meetings, the i-team secured its first win. During a meeting in the fall of 2018 they reviewed a key result aimed at lowering the number of times city staff were called to one location to resolve the same problem. A recurring offender was sewer backups. As they discussed possible solutions, the Commissioner of Neighborhood and Business Development at the time, Stephanie Pasquale, informed everyone about county grants available to address sewer issues in homes.

The solution had been easily available, yet almost no one knew about it. Those county resources would have likely stayed unclaimed if the commissioner hadn’t been in a meeting that happened to be discussing sewer back ups.

In “Measure What Matters”, John Doerr explained how OKRs make these dot connections possible. He wrote, “People can’t connect with what they cannot see; networks cannot blossom in silos. By definition, OKRs are open and visible to all parts of an organization, to every level and department. As a result, companies that stick with them become more coherent.”

By operating more coherently, the i-team has been able to make progress in some key areas that had not seen much progress before. Code violation compliance jumped 15 percent, which means more people were living in safer housing. Here’s an updated version of the OKR that got them there:

o
Increase economic investment and neighborhood stability.
kr1
Ninety-five percent of permits and zoning approvals will be issued on-time.
kr2
Increase compliance of code violations by the comply by date from 20% to 35%.
kr3
Improve stability in the quality of life pilot area by 20%
Source: City of Syracuse

They also addressed the city’s high budget variance where they weren’t spending the money they had already budgeted. They did this by looking at the city’s budget at the department-level and by account type and targeting areas that were way off the mark. In two fiscal years they were able to lower their budget variance from 11 percent to 2 percent.

“For a $250 million dollar budget is a pretty significant amount of money,” said Edelstein. “Which means we’re getting more projects done.”

In a post on Medium, Mark Headd, a member of the 18F Office of the U.S. General Services Administration, argued that a lasting culture change in government is impossible without first changing larger government processes.

He wrote, “the challenge for those of us working in government digital transformation becomes less about telling people what to do, and more about understanding the barriers keeping them from doing things differently.”

The red tape that normally surrounds government work can stifle progress and collaboration. The i-team’s fondness for experimentation combined with their increasing alignment is chipping away at these barriers.

One special case where the i-team was able to directly help some of the most vulnerable residents in Syracuse signals that the city’s changes will endure.

While tracking the city’s response to police calls in one 20-block area of the city as part of a review of their neighborhood stability objective, they noticed that one block in particular was responsible for most of the calls. Working with the police department, they were able to find the apartment building where the calls were coming from. Former Commissioner Pasquale was then able to reach out to the property’s owner and connect the apartment’s residents with the resources they needed. As a result of that, the calls dropped drastically.

“It’s really cool when you can see all these departments, who otherwise would not be collaborating, come together and problem solve,” said Finch. “Either they’re getting into it or they realize it’s not going away. So they’re embracing it.”