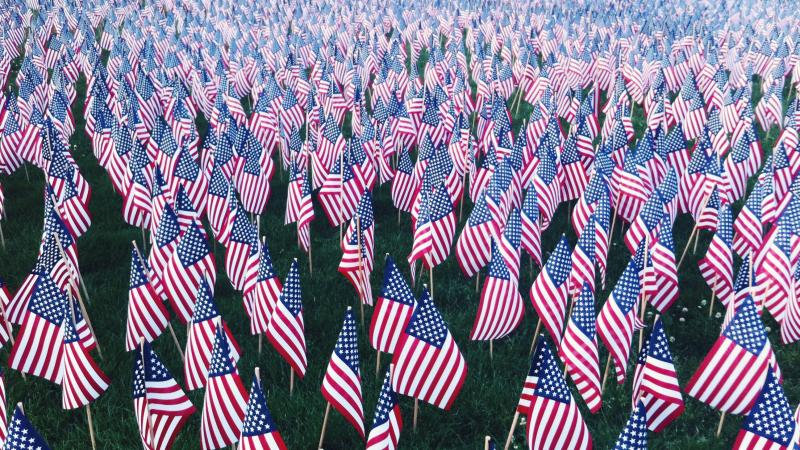 When I began working at the White House, it didn’t take long to realize that governments work differently than most organizations. Because of how they are structured, there are multiple and often competing voices shaping what happens: the voters, the elected officials, the people they appoint, and the employees in the civil service. It can make leadership in government more complex than other sectors.

When things work well, our government delivers results. From ambitious programs like sending people to the moon and building a national interstate network of highways to practical programs like improving our air quality, and increasing healthcare access to older Americans. When government is functioning its outcomes are easy to see and feel. When government fails, actions fall short of promises, leading to perceptions that time and dollars have been wasted.

To increase government’s chances of achieving great things, it helps when everyone is working towards clearly defined and common goals. OKRs are the best tool for that.

The first challenge: leadership in government comes from three places

In the United States, the federal government is made up of hundreds of departments and agencies, each with specific mandates and responsibilities. Each of those agencies has three sets of leaders trying to run it at the same time. (Yes, three!) They are our elected officials, appointed officials, and career officials.

State and local governments share this complexity too. It’s part of what makes being a great leader within government a challenge.

Appointed officials are designated by elected officials to lead a specific department or group. This includes our Cabinet Secretaries, Department Heads, Commissioners, and City Managers.

Career officials are the most senior positions held within a department. Employees earn that role by going through a competitive hiring process.

Together elected, appointed, and career officials are charged with stewarding our government.

When things work well, our elected officials craft policy and select accomplished people to serve as appointed officials who work in tandem with career officials to get things done. To work really well, these groups have to be aligned on what they are leading people towards.

Use OKRs to define what a “policy” intends to accomplish

Elected officials lead through policy: the orders and laws they sign capture their vision for changing our country, states, and neighborhoods.

The timeless challenge for policymakers is ensuring that the actions they prescribe lead to the outcomes they desire. While the people who elect these leaders want outcomes, policies are often only a list of directives: Rezoning an area. Setting a fuel standard. Lowering a tax rate. Increasing funding for transit programs. Creating a health insurance marketplace.

Directives are not outcomes. What’s often missing from policy documents is specifying what those results should be, or how progress should be tracked over time. The burden is put on appointed officials and career officials to do that translation. And sometimes, that translation gets it wrong.

Fortunately, we have a tool that can help, it’s called Objectives and Key Results, or OKRs for short. OKRs help teams rally behind a set of shared goals. When used well, OKRs can represent the simplest expression of a policymaker’s objectives: what they want to achieve from their policy work.

The two components of an OKR are in the name: an Objective and a set of Key Results.

Objectives are what you are trying to accomplish. Crafting the objective should be natural since it is likely the same language you would use in a press release to describe what the policy is doing. A clearly stated objective helps those in government and the public understand what problem is trying to be solved.

You then pair the objective with a set of key results that represent the measures and milestones that express how you know the policy has succeeded.

Examples of OKRs for policymakers

Let me show you how it could look across different parts of government.

In our first example, imagine if you work for the Department of Veterans Affairs and you are hearing constant feedback from former military members that they are having trouble receiving the healthcare they need.

o
Improve the access to healthcare for veterans by providing more convenient options.
kr1
90% of veterans are within a 45-minute drive to a VA run healthcare facility or affiliated health center.
kr2
Telemedicine option is provided to all veterans and 30% have used it once.
kr3
Driving down appointment wait times from 10-day average to 3 days.
kr4
Streamline “second opinion” approval process, to provide a determination within 48 hours.

In our second example, imagine if you are the transportation director for a city and you are rolling out a new transit plan for the city.

o
Make our city center more accessible to residents living in the city.
kr1
Address long wait times for busses, reduce 90th percentile of lateness by 50%.
kr2
Increase accessibility of protected bike lanes, no point will be more than .5 mi from one.
kr3
Identify corporate and philanthropic partners that allow us to reduce senior fares by $1.50
kr4
Make our streets safer, reducing the number of thefts by half in 60 days.

In our third example, imagine if you are a manager in a local unemployment office and you are trying to help more people in a day.

o
Increase the number of people our office is able to serve each day.
kr1
Reduce the average form completion time to 15 minutes (from 45 minutes today).
kr2
Proactively reach out to enrollees before benefits expire, reducing re-enrollment rate 15%.

Each key result aims to convey in quantifiable and measurable terms how we achieve our objective.

OKRs align interests by defining what the finish line looks like

By setting OKRs at the start of an effort, everyone working on them knows what the measures of success are. It will help with prioritizing, making tradeoffs, and knowing if progress is being made.

A well-crafted set of OKRs will incorporate the input of the three layers of leaders: elected, appointed, and career. By getting feedback from each layer, it fosters alignment on what success looks like. Quite often, going through an iterative process drafting OKRs will lead to conversations and decisions that lead to improvements to the policy. It offers opportunities to unite the ambitions of elected officials with the years of experience that career officials have.

OKRs work because they help put into words what success looks like by clearly defining the “finish line”. Tracking progress of your OKRs gives the team early opportunities to “double down” on whatever’s going well, by allocating more resources or changes to the policy that increases its reach. When things are not going well, it needs to lead to a discussion of how elected, appointed, and career leaders can each do their part to get the initiative back on track towards those desired outcomes.

In a perfect world, you have elected, appointed, and career officials working tightly together.
But as we’ve seen, governments are not as tightly knit as they could be, and separation between policy and execution is common.

To navigate that, OKRs can be used differently by the two groups.

Policy-led OKRs are crafted by elected and appointed officials to accompany their legislation and directives. It is simple as describing the outcome you are aiming for as an OKR. The next time you are working on a bill or an order, include an OKR with it. Keep it simple and concise. Make sure the objective is specific and the key results are measurable and verifiable. Use the OKR to communicate what a successful outcome looks like for everyone who works on turning your policy into reality.

Operationally-led OKRs are created by the agency responsible for executing on a policy. This happens when the author of the bill or order doesn’t share an OKR with it. (Which is often the case.) The team implementing does the work of translating a policy into an OKR that captures its desired outcome.

In both cases, the OKR can be used to measure the progress towards a policy goal.

If you are in government, I encourage you to try OKRs out.

My first exposure to OKRs working well was in government. When I worked on the rescue team for Healthcare.gov there was a single OKR written on a whiteboard that guided the turnaround effort. Thousands of people were working on the project. Millions of people needed affordable healthcare. There were many things we could fix, but to make those efforts worthwhile, this single OKR clearly guided us towards what was most important:

At the time, the situation was urgent. Having success so clearly and measurably defined helped us prioritize and determine which things to say no to, and how to stay focused as new things inevitably arose. It also helped us know when the things we were doing were working.

When you craft your OKRs, make sure to keep the people you serve in mind. Like how San Jose set out to make their city more inclusive, sustainable, and user-friendly, or how DEED Developments supports Minnesotans to find jobs. It’ll help provide the clarity you need to set audacious goals.

Keep up the momentum. We’ve got more resources for you if you need them. From a “Getting Started with OKRs” series to more Examples and Resources.

Ryan Panchadsaram (@rypan) is the co-founder of WhatMatters.com and is the technical advisor to John Doerr at Kleiner Perkins.