Doist isn’t a typical software company. It’s not headquartered in Silicon Valley, and has taken zero venture capital funding. The workforce is remote-first and distributed. They don’t have an “exit strategy,” and aren’t interested in having one. They don’t preach (or practice) a fast-paced, hustle-first mentality. And while they are “data-informed,” they don’t live and die by their metrics and numbers.

But that doesn’t mean that the company isn’t ambitious—in fact, it’s the opposite. CEO and founder Amir Salihefendic credits their six-month experiment with OKRs as an inspiration for the company to “achieve more” than what they set out, and “going over the 10x rather than 10%.” He stumbled across the concept in 2015, via a YouTube video of Google Ventures senior partner Rick Klau explaining how the search-engine giant uses OKRs to set goals. He decided to try and implement it with the company, but only did so for six months.

The company ended up adopting what Doist editor Becky Kane refers to as a ‘lite’ version of OKR—Doist Objectives. At the time, John Doerr’s best-selling book “Measure What Matters” wasn’t published yet, and Salihefendic admitted that he probably would have done things differently had he read the book before implementing OKRs. Still, he learned a few things during Doist’s experimentation that he carries on to this day.

Salihefendic sees OKRs as ‘aspirational,’ he says, because there is an expectation that you might not hit them all, yet still accomplish a lot by meeting 70% of it. That’s the mindset that Doist now has when it comes to setting goals, says Salihefendic. “When we actually set how we think about our products and our markets, they are very ambitious. When we work on something, we don’t want to make a 10% improvement, we aim for what could be an amazing version of this, and how we can reach more people with something like this.”

Moving away from real-time communication

One of those ambitious goals was moving from real-time communication—a default in many workplaces today, to asynchronous communication. In other words, rather than an environment where the default is to expect an immediate response to a message, Salihefendic wanted to create a structure where workers don’t feel pressured to respond to every message immediately.

Like many tech companies, Doist was an early adopter of Slack—the workplace messaging app that arguably made real-time communication the norm in many workplaces. Initially, they found the chat-room like nature of Slack “game-changing.” As Salihefendic wrote in a blog post, “Communication between team members across continents exploded. We shared ideas and gifs. (Lots of gifs.) We reported bugs and developed inside jokes. We celebrated successes and discussed ways to improve our work. Almost overnight, we went from a group of 30 individuals to a true team.”

But two years into using Slack, the company decided to abandon it altogether. As a CEO of a fully-distributed team located in over 30 countries, Salihefendic felt like he had to be constantly online. He also talked about how those who were required to do deep work—engineers, writers, and designers—found it challenging to do their best work while monitoring a chatroom all day long. Brenna Loury, the company’s head of marketing, said that while Slack initially made her feel closer to her remote teammates, it quickly became a source of stress. “As one of the few people at Doist in the US and in the Pacific time zone, I would wake up to a never-ending cascade of messages to sift through. It was incredibly taxing to try and pull conversations apart to make sense of them between all the GIFs, chatter and multiple topics interlaced together. Decisions were being made while I was asleep, which added to the frustration.”

Salihefendic also realized that making instant-communication the default wasn’t sustainable for a distributed company. Yet when he looked at what Slack’s competitors had to offer, he realized that none of them had the capacity to provide asynchronous communication. He, along with his team, thought long and hard about what it would mean for them to build their own tools, saying, “We are a very small company in the bigger scheme of things. We are going into a market, we’re competing against Microsoft and Slack that are billion-dollar companies with thousands of people working for them. Businesswise, it doesn’t really make sense to go in and try to compete.” They chose to do it anyway.

Taking a data-inspired, rather than data-driven approach

Doist sets its objectives based on what Salihefendic calls a “north star”, which typically revolves around creating a high-quality product for a specific purpose. When the company moved away from asynchronous communication, they didn’t have a numerical north star. They simply “felt stressed and overwhelmed by being connected all the time.” But as soon as they decided to build a new tool, which they called Twist, their north star objective became about “creating the most useful product, where people do their job effectively and unplug when it’s done.” To assess that, they focused on building a product that they themselves would use. Salihefendic likens Doist’s approach to the book, “The Score Takes Care By Itself” by Bill Walsh. The book chronicles Walsh’s journey as a former NFL coach who turned the San Francisco 49ers from a losing team to a sports dynasty. He wasn’t focused on winning the Super Bowl, says Salihefendic, but on basic stuff like ensuring locker rooms are clean, and showing up to practice everyday. “Our objective is similar to that,” Salihefendic. “The objective isn’t to go out for the score.” Rather, it’s about constantly asking themselves whether they’re doing their best work, and evaluating the results as they go along.

Of course, to do that, Salihefendic does need to look at numbers. For example, one of the things they regularly monitor is usage patterns. At a broad level, the company makes its recurring monthly revenue available for every employee to see. But while he acknowledges that paying attention to this metric is important for the company’s health and sustainability, he stresses that these figures aren’t the be all and end all.Rather, they are just one indicator of market effectiveness.

Salihefendic describes Doist’s approach to product development as “data-inspired,” rather than “data-driven.” Salihefendic says that this is a very different approach to what he often sees among fast-growth startups, who would often center their goals and priorities around metrics that tend to be unrealistic. As a result, they may end up employing strategies that don’t benefit their customers.

“Silicon Valley startups need to fuel 2-3x yearly growth to justify funding, so they’ll use optimization strategies. For example, they’ll try to increase time spent in their app. Making their products addictive as a shortcut to explosive growth. That’s not what we do at Doist," says Salihefendic.

In fact, that’s the exact opposite reality that Doist is trying to achieve with Twist. The main reason for building Twist is to allow companies to make space for deep work—which can’t happen in a workplace that operates on instantaneous communication. “In the current world, if you actually want to do great work, you really need to go deep,” Salihefendic says. That’s not possible when employees are having to check their messages constantly. Not only does it become harder for them to find the time to dedicate to solving hard problems, they’re more likely to be in a constant state of stress and anxiety, which depletes their mental capacity to do the work that actually matters.”

When it came to Twist, that metric—as it pertains to product success, was “Daily Active Teams.” Salihefendic says, “This metric signals that teams are integrating Twist into their workflow and that they get value from it regularly.” Of course, success with this project also hinges on how Salihefendic’s own employees view the product, and he admits that wasn’t always a smooth transition. When the company built its direct messaging system and migrated everyone from Slack to Twist, “there was a lot of complaining,” says Salihefendic. It didn’t have the polish that Slack has, and initially, it created unnecessary siloes in the company. That’s when Salihefendic realized that he has to strike a balance between asynchronous and real-time communication. Today, Salihefendic estimates that 70% of Doist’s communication takes place asynchronously. The only instances where they still use real-time communication include one-on-one feedback, discussing urgent matters, and physical ‘team-bonding’ activities that take place a few times a year.

The importance of company culture

Salihefendic approached building Twist and moving his company to asynchronous communication the same way he approaches achieving any other objective—focus on an organic process that is inspired by an ambitious objective, rather than a single metric at all costs. Four years into moving away from Slack, Salihefendic is seeing positive results. One metric that has exemplified that, in particular, is their 97% voluntary retention rate over 10 years. Having asynchronous communication as a default creates a very good environment for people, says Salihefendic, “especially for people who want to create.”

Loury agrees. “Shifting to collaborating asynchronously has been a game-changer for me personally and for our team. It allows us to have more thoughtful and inclusive conversations since people don’t feel a panic to respond immediately in the moment. Discussions may take a bit longer, but I’m confident that they’re ultimately richer as people have the space and time to really step back to consider how they’re going to respond.”

Building Twist was an ambitious goal for Doist. But the company chose to make the investment because it was consistent with their philosophy of what they want to see in the world. And that’s exactly the kind of thinking that OKRs promote—aspirational and centered on building something that is close to achieving a company’s “higher-calling.”

OKRs provide a tool to identify what’s important and necessary to get a company closer to that goal; and for Doist, that means building a new product to change their work culture for the better, and in turn, for other workplaces. As Salihefendic wrote in a blog post, “Calm, asynchronous communication isn’t the norm. It’s going to take a major shift in thinking to recognize that focus and balance are vital assets that companies need to protect in order to be successful. We’re betting that in the future, the most successful companies will be the ones who make that shift.”

A new streaming app, Idagio, competes with Spotify by committing to its niche.

Evolving as a Brand With OKRs

How Skillshare reaches for its full potential with OKRs and continuous feedback. 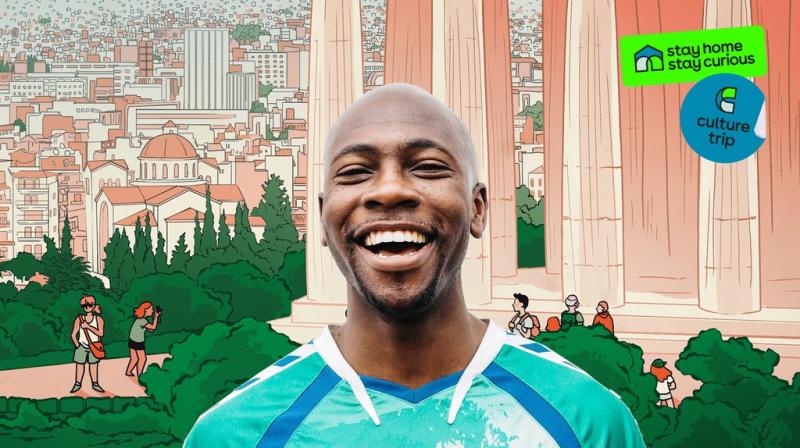