Naveen Gavini joined Pinterest when the company was just a startup with 10 people. Now, Pinterest is a public company with a market capitalization of $35 billion, over 2,000 employees, and almost half a billion monthly active users. And at a time when much of social media is associated with negativity, the social curation and visual discovery platform has committed to staying true to being the “last positive corner of the internet.”

It’s a lofty and challenging goal for any company—especially during a period when negativity continues to dominate the news cycle, and in turn, the internet. Luckily, the company has established goal setting processes that allow them to stay true to their commitment. Part of that involves setting both quantitative and qualitative goals, which Gavini realized during the company’s journey. (You can see the result in Naveen’s OKR template on Coda.) While Pinterest adopted OKRs “pretty early on,” Gavini admitted that the company fell into a common trap at the beginning by prioritizing numbers and metrics.

“The goals were very analytical,” he said, and worked well, “if there was a metric to be tracked.” But “where it didn’t work well was where it led to long-term qualitative outcomes,” Gavini explained. “Usually, the two things we saw successfully were, ‘hey, I want to grow users.’ It’s pretty easy to track ourselves against that. Another one was a very binary goal, like shift the process by x date.” But if the goal was to create a specific feeling and experience or change user behaviors in a particular way, says Gavini, “that was a little bit harder to capture.”

Cascading OKRs down through the organization

Over time, Pinterest leaders found ways to incorporate both qualitative and quantitative objectives and applied both to make OKRs work best for their organization. Long-term goals, said Gavini, tend to be more qualitative and “locked in for 18 months to two years,” while there’s a lot more emphasis on metrics when it comes to shorter-term ones. The company has a yearly planning cycle, where they make decisions on their desired long-term outcome, which the company conducts from a user’s perspective. From there, they focus on how they can measure the success of that goal, whether or not they can measure it (or have enough data to), and finally, breaking it down to quarterly goals. Check-ins are done at quarterly levels, where the company discusses whether the tactics “are leading to the right long-term outcome,” says Gavini.

“We at Pinterest like to work backwards with the long-term approach. We try to ground that with a more qualitative example—we start off with something like an aspirational qualitative long-term outcome…and then we kind of work backwards from them,” Gavini explained. The company would then ask the question, “If we reach that outcome, what does success look like in terms of a metric or an end stat? It might mean, hey, we shift this product. It might mean we’ve grown by this much.”

As a company, Pinterest cascades its OKRs down the organization. The company has strategic priorities that act as the ‘pillars’ of their OKRs, ranging from product to culture and recruiting-centric goals. Each department then sets those OKRs based on the company objectives, and teams and individuals ladder up from there. Not every company incorporates OKRs at every level of the organization, but Gavini says that doing so at Pinterest allows individuals to understand how their individual contribution and their team impacts the company as a whole. “As an individual, you want to understand that you’re not just one small piece; you want to understand how your piece fits into the broader puzzle. When people knock it out of the park, that’s a really powerful thing to see.” He admits that it can be hard to do this well, but over the years, the company has worked on building out “a lot of cascading machinery within the organization.”

Having such a comprehensive system might seem like a bureaucratic nightmare, but the events of 2020 actually showed that it gave the company a helpful structure to pivot and adapt. First of all, tracking a set of key metrics helped identify broad patterns when it came to people’s internet behaviors during the pandemic. “In other cases, being structured and organized and having that cascading approach allows us to reprioritize but also move resources and people around to focus on important problems,” said Gavini. It also made it easier for the company to expedite certain features during the pandemic. An example of this was the “Today” tab, which curates inspiring stories as well as health-related information from experts at the World Health Organization and Centers for Disease Control.

Being stubborn about long-term outcomes

As Pinterest has evolved, grown, and scaled, so has its goal-setting process. But at its core, Gavini says that the company has always strived to remain stubborn about making progress towards its long-term goals. To do that, Gavini says, it’s been necessary to create a two-tier system. The first tier is what Gavini refers to as the “stretch” plan, the best case outcome or number that they’re hoping to reach. “A lot of the time, what we report internally is the stretch goals. How do we get to that stretch number [that] where we want to be?”

However, Gavini discovered that measuring progress can be tricky when you only have one figure. Proponents of OKRs typically argue that because objectives should, by nature, be ‘stretch goals,’ a company is successful if it achieves 70% of its key results. But what if the other 30% are the most important things? That’s why “we have to identify what are the ‘must’ OKRs,” says Gavini. That’s where the ‘management’ goal comes in—it’s the ‘base level,’ non-negotiable objectives that the company has to hit.

It’s that balance between ‘management’ and ‘stretch’ objectives that have prevented Pinterest from straying too far from their long-term vision.

Gavini says, “Look, at the end of the day, you need goals, even if it’s a one person start-up.” Adopting OKRs, he goes on to say, “really forces you to look at what is that long term outcome and objectives, and how you are going to measure it.”

"Sandbagging" means to under-promise and over-deliver. It is a bad habit for countless organizations and teams but can easily be checked by OKRs. Here's now. 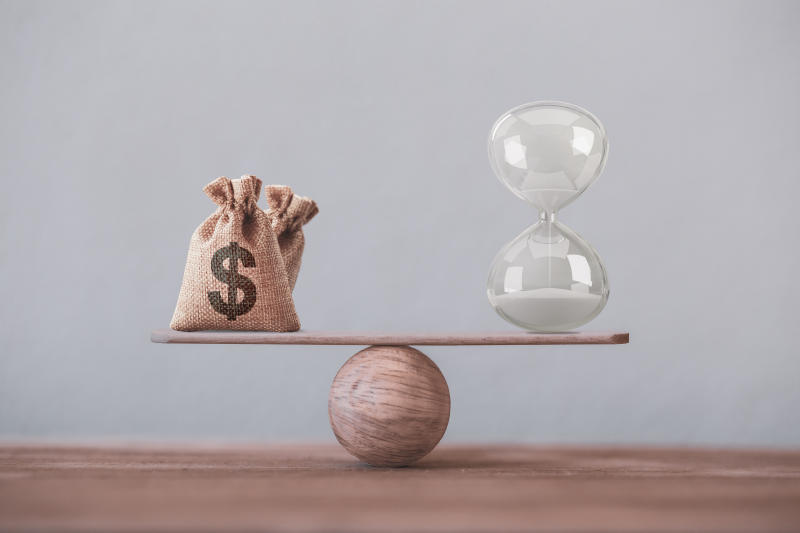